As part of a series of programs aimed at the 20th Anniversary Anniversary, DTS Media Technology Joint Stock Company organized a Teambuilding program with a series of activities taking place from March 22, 2019 to March 23 / 2019. The program was held at FLC Quy Nhon with exciting and cohesive activities on the occasion of welcoming DTS aged 20.

“To go far, go together”, and in the last days of March 2019, all DTS staff members   had a memorable “far away” trip together – to go together and go to spread love. It is great to have all of you from 3 offices in Hanoi, Da Nang and TP. Ho Chi Minh City had gathered together, it was great that the whole North Central South was mixed as one, it was really a memorable trip and left many unforgettable memories. 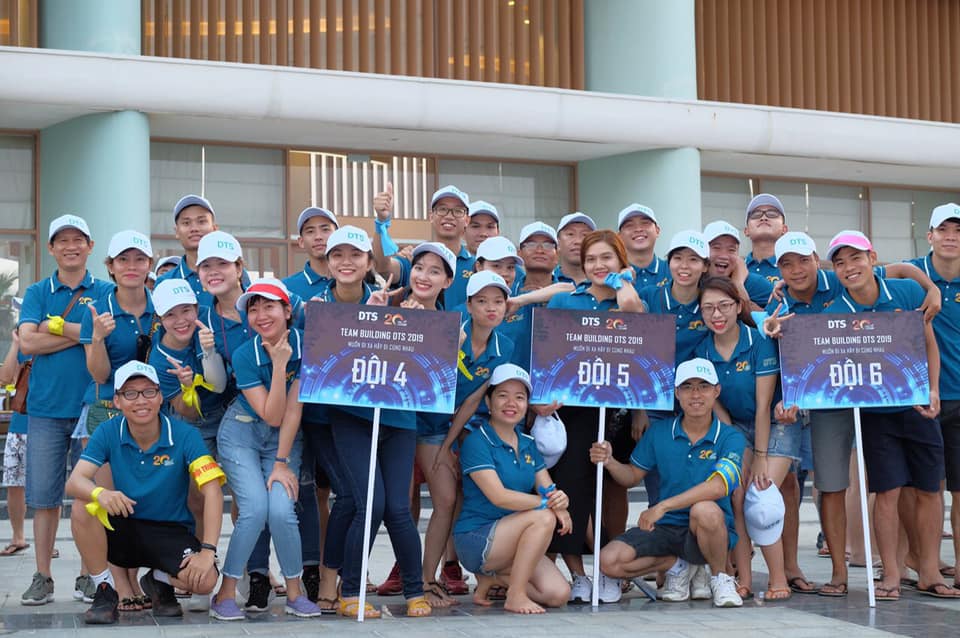 Starting a series of Teambuilding program on the afternoon of March 22, right from 16:30, all of the brothers and sisters were enthusiastically gathered at FLC Quy Nhon beach even though everyone had to move half a day earlier. God. In order to increase the solidarity and exchange among brothers and sisters in all 3 offices, the Organizing Committee has divided into 8 teams corresponding to 8 militant groups with their youth and enthusiasm. Each team has shown their own colors and colors through impressive names and extremely cute greetings. Team 1 loved the water together with the name “Purple Together”, Team 2 was liberal with the name “Du Tien Sai”, Team 3 worked hard together “Going to Morning”, Team “Immortal” with the spirit of eternal immortality, forever glory, the youthful and energetic Team 5 with the gesture of “High 5” “cute astray”, “Biet Doi Doi Hong” is the name of Team 6 with strong spirit , belligerent, bloody with the game, “Seven offspring” is none other than what Team 7 wants to send, Team 8 “Strong” always shows determination with tight clenches and slogans “Be strong!”. 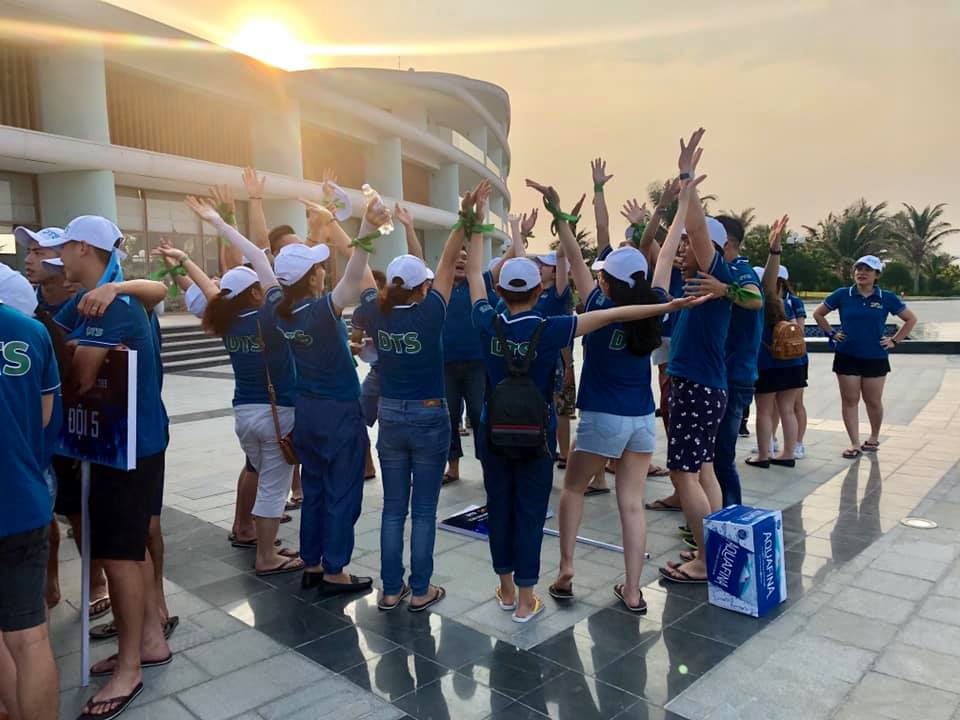 The first activities such as “Searching for a letter” and “Pairing” were given by BTC to launch the exciting and exciting Teambuilding program series. 2 challenging parts take place in the laughter and joy of the members, every team is eager to complete the challenge in the fastest way. Although the activity took place from 4:30 pm until it began to darken, the spirit of ACE DTS was still very energetic and ready for the operation to take place the next morning. 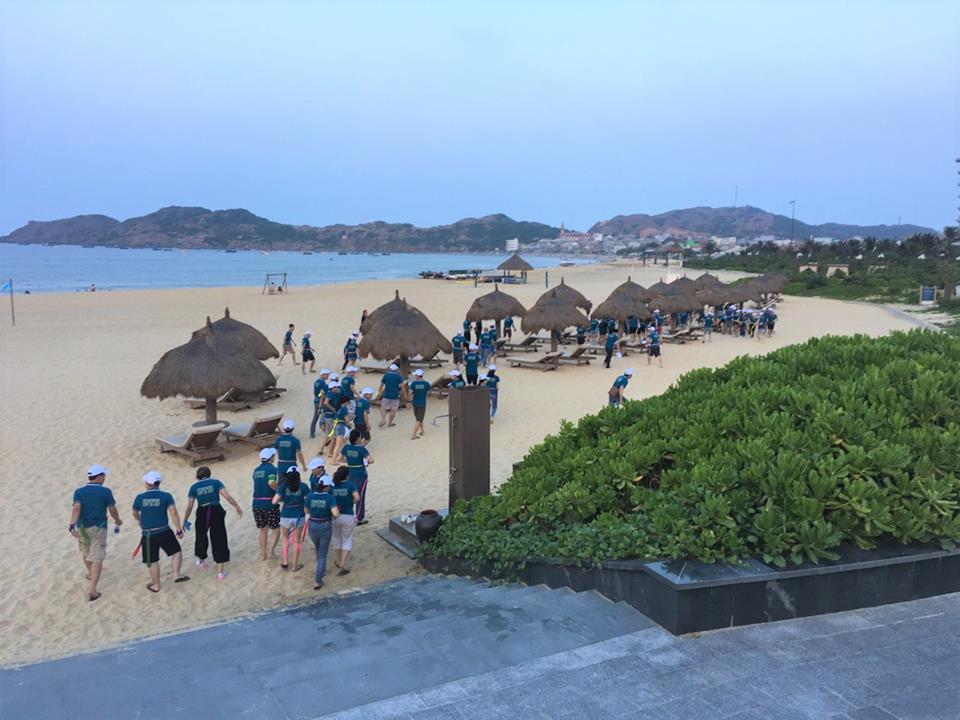 Continuing to operate on the morning of March 23, all 8 teams came to exciting activities on FLC Quy Nhon beach. Exam games such as “Speed ​​wheel”, “Giant transmission line”, “Giant army” require teams to have the good physical strength and high team spirit, and especially teams must use battle New ingenious techniques can complete challenges easily. Amidst the blazing sunshine of the central coastal city of Quy Nhon, the teams still played hard and were so tired, sweat-drenched each face and back but that could not diminish. The spirit of each team. 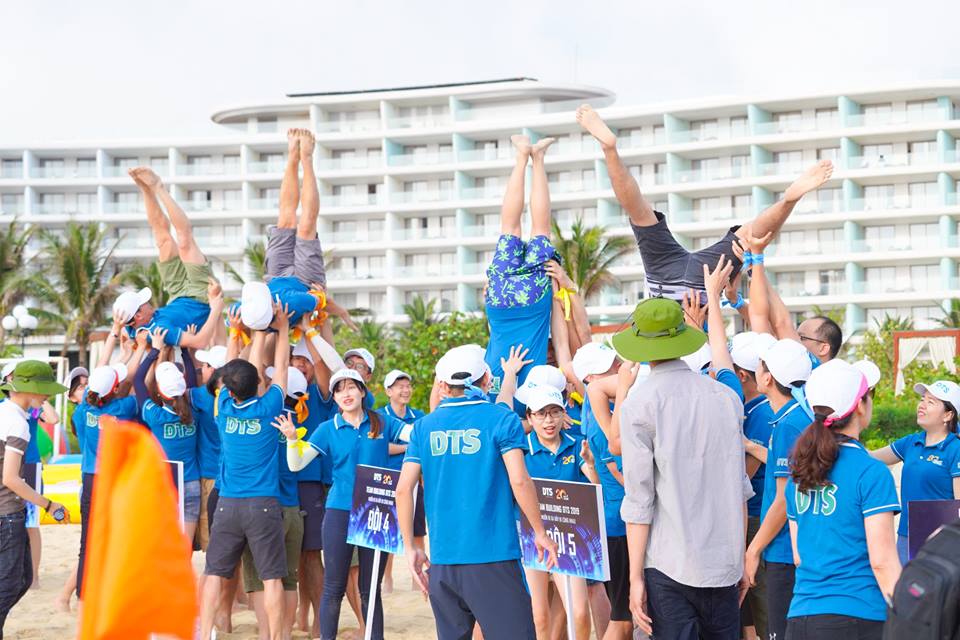 After 3 hours of operation, closing the Teambuilding program series in the last 2 days, the Organizing Committee announced the final results for the teams. The team that has excelled in the first prize is the 6th Team – Bias Hong. With the spirit of solidarity, determined to win and the skill of showing their tactics, Team 6 brought the highest glory to the whole team. The second, third and fourth prizes went to Team 7, Team 8, and Team 5. respectively. The remaining teams also tried hard and received encouragement prizes from the program. A meaningful victory is when members of the team trust each other and burn out for the common goal. The first, the second best of three is no longer important, but the most important is the message and meaning in the challenges of the Teambuilding program brought to DTS members, which is the most valuable .

Ending Teambuilding program, the thing that remains in everyone’s mind is the joys and memories.All together created memorable moments during the exciting journey in Quy Nhon. The bond of friendship of all DTS brothers and sisters has become the strength of team spirit, the spirit of determination to all will conquer new paths together – the brilliant and reaching age of 20+ far in the future.

Let’s look back at some photos in the last Teambuilding program: 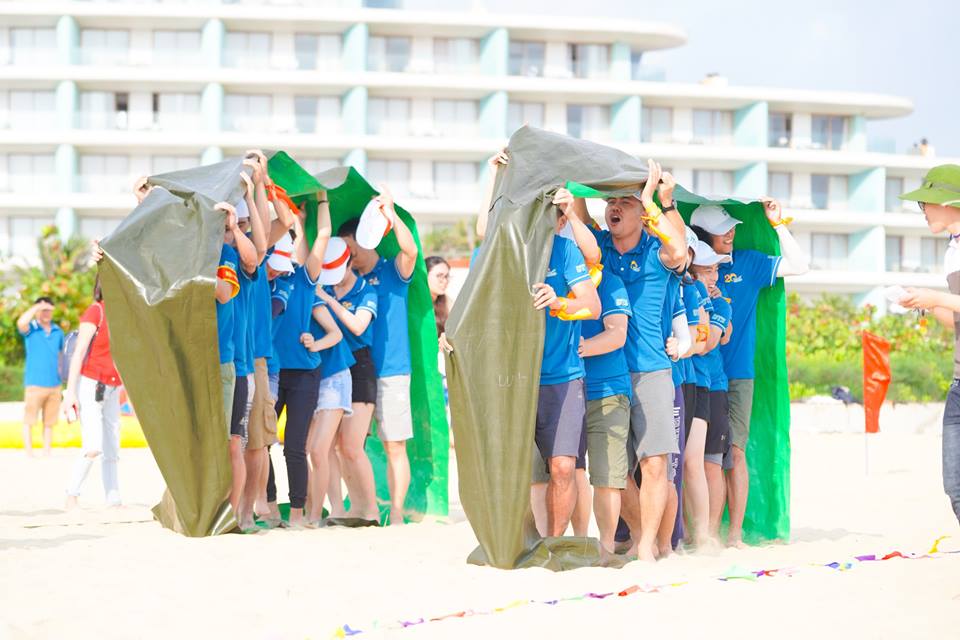 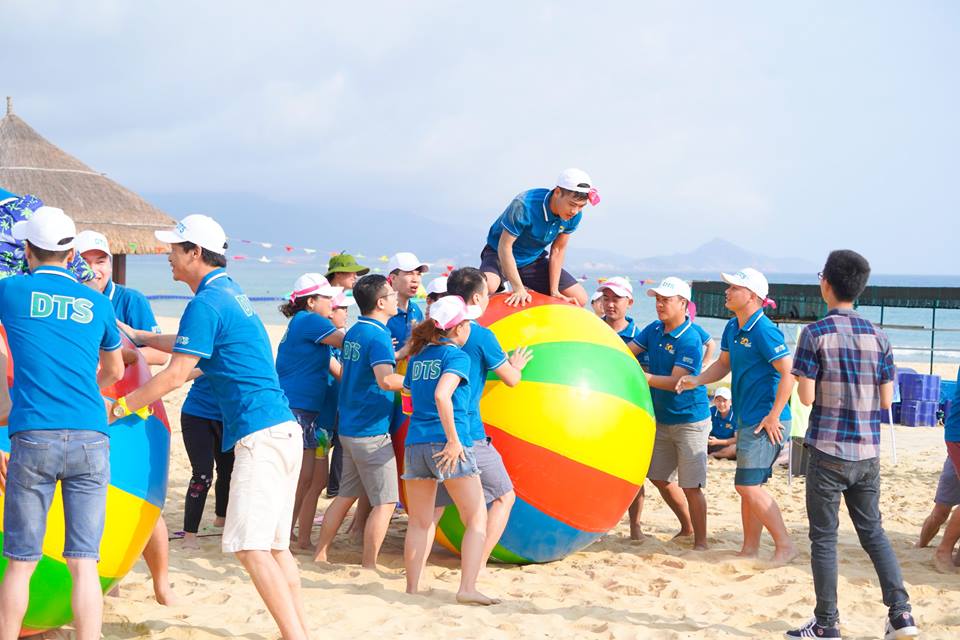 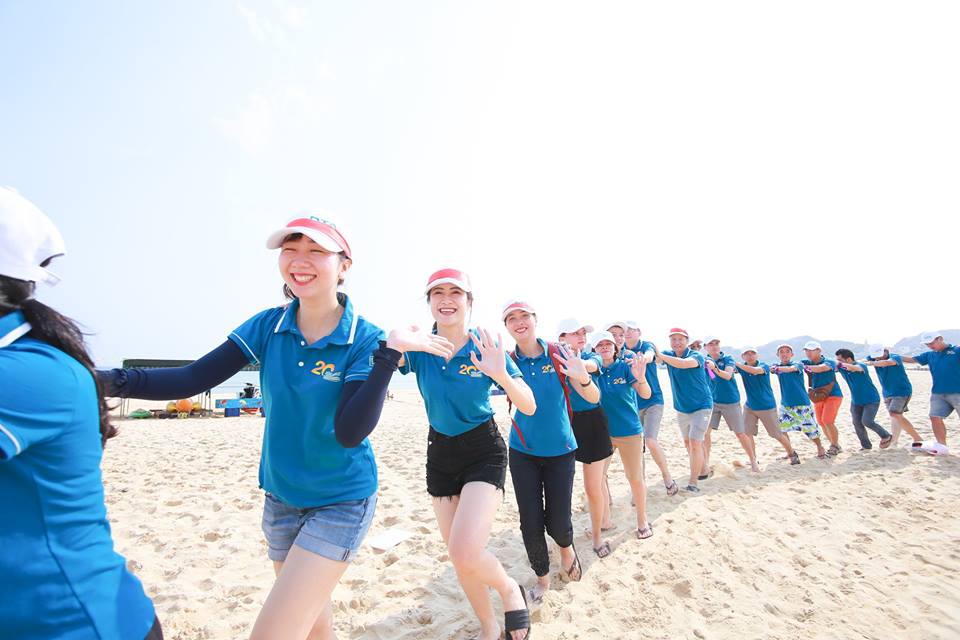 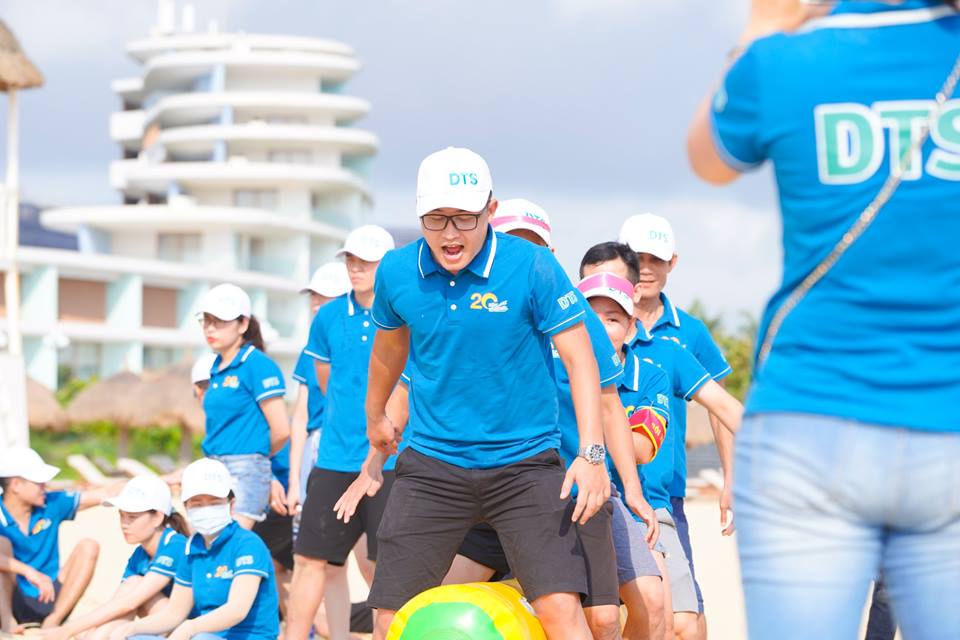 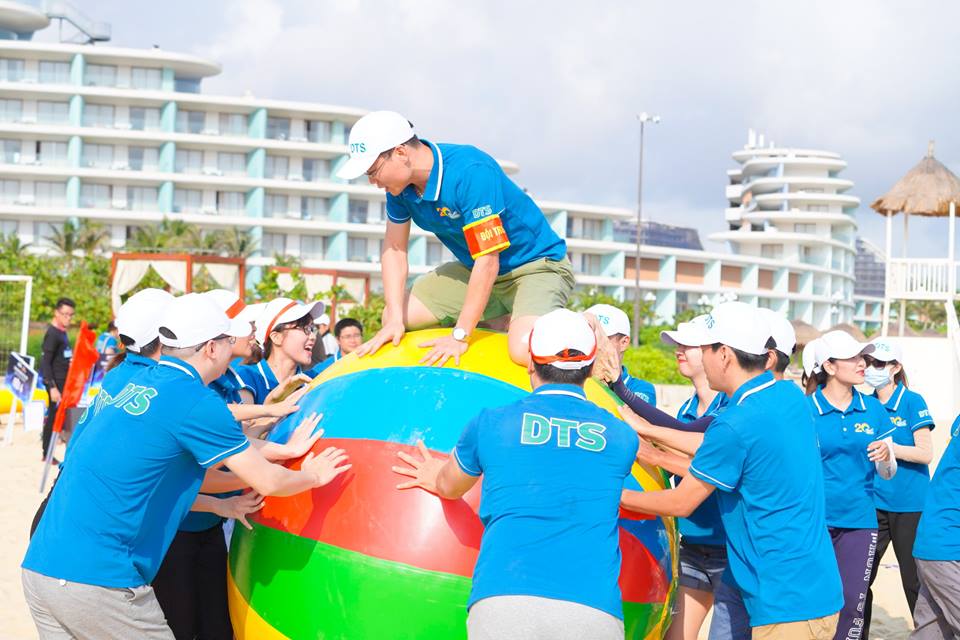 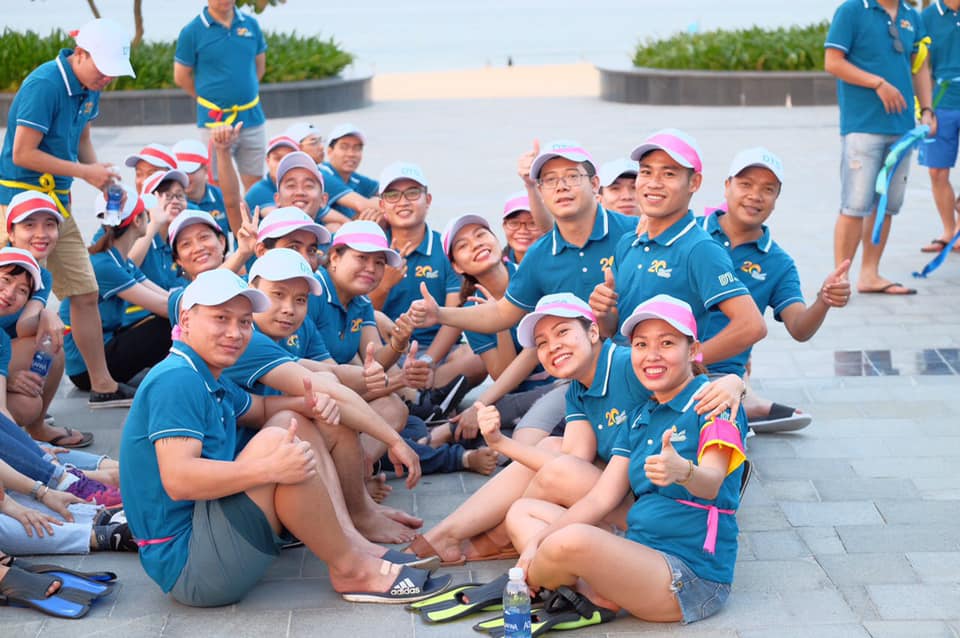